June 08, 2018
Hello... so I've told quite a few people now about my diagnosis and it goes without saying how much I appreciate the support and love I've had from everyone, but always worth repeating anyway. It really means a lot to me :)  I'm receiving a lot of messages from people asking about what's happening and when my next appointments are so I decided its easier to just update one page than to send out messages to a lot of different people. (The lessons I've learnt from books about effective work/time management are finally being put to good use.) I will use this page to update on results and pending appointments.

The current situation is -
Although it's always frustrating that things aren't moving faster, appointments have been quickly arranged and test results do take time. My sister said NHS targets for cancer are 14 days for initial appointment and 60 days starting treatment... I had an initial appointment within a few days and about 10 appointments and scans last week. Treatment likely to start in June so I can't complain.
The tumour is causing what is called Cushing's Syndrome, which is elevated cortisol. This is likely the cause of symptoms which I realise I've actually had for quite a while but have been definitely more noticeable in the last few months/weeks. Primarily for me it's been
- bloated, red face (thanks to everyone who has informed me of this/told me I am looking terrible recently)
- sleep issues
- fatigue
- muscle weakness
- inability to concentrate
These symptoms are very likely being exasperated by the fact of mentally adjusting to the fact I've got cancer as well, which is a slow adjustment.
The great news is that I am able to take a pretty benign medication that will lower my cortisol and should help these symptoms, which he's prescribed and and I should start next week and hopefully have an impact pretty quickly.
Hopefully this update is pretty comprehensive. In summary - making progress, and feeling happy that I've got something that should help current symptoms a bit.
I hope you're all good!
ED

Popular posts from this blog

Blog Post - The Switch and Call to Arms! Long but important post, I would appreciate if you gave it a full read. Me and my amazing sister enjoying the sun The first few weeks of lockdown I was floating nicely through the time by staying busy and upbeat. It was easy, idyllic and probably not too different from anyone elses unless they are on a mission to teach themselves Mandarin or in the habit of cracking open a beer at 1pm. In many ways you can’t beat the pure liberation of being able to wake up when you want, having few plans set in stone and being able to do whatever you want with the time you have. Over the last couple of months, though, my energy had dropped and I had started doing less. It might have been due to boredom, situational fatigue or being stuck in my head more than is healthy. However, it was undeniable that my physical symptoms were no longer slowly creeping up on me. I look drastically different and have lost a lot of weight. A lot. A 20 minute aggressive coughing
Read more

March 30, 2020
How do you truly accept that you are going to die? When I was first given the diagnosis, in what feels like the start of a second life, I found it almost impossible to concentrate on anything other than cancer and death. It felt like I was having an existential crisis. I was getting by minute by minute, hour by hour, and my mind felt like it was melting as I tried to contemplate the unfathomable. The bleak statistics were constantly going around my head. Less than 10% of people in my position live more than 5 years. The most (and only really proven) effective treatment has about a 30% chance of being effective at keeping the disease stable. Even with it, median life span is about 18 months. With everything else going on - a constant stream of hospital appointments, telling people what was happening, and dealing with the fallout in other parts of my life - it was a lot to get my head around. But I was treating it like a death sentence, and started reading what I could about termina
Read more

Coughing my way through Covid 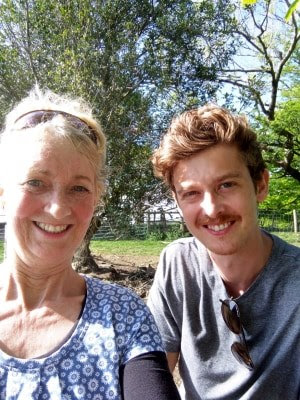 Back in the motherland I’ve had a cough for around six months now. It was fairly innocuous - the kind of cough most people have in the UK in the winter. A few times it’s been a bit more than that; whilst I was in America in February I had a couple of days of pretty bad coughing fits, but thankfully they resolved themselves. Over time, though, the cough has got progressively worse. It is more consistent now and the fits have become more regular. My breathing has also become slightly more laboured. Occasionally there is a wheeze on the in breath. When I’m walking and have a brief spurt of heavy coughing, I feel eyes on me accusing me of not locking myself away. I would love for this to be a mild case of Covid (so long as it doesn’t get any worse of course), but I'm accepting that I am no longer asymptomatic.  I’ve said previously that the disconnect between feeling fine whilst getting very negative scan results was something I was struggling with a lot, as it made my situa
Read more